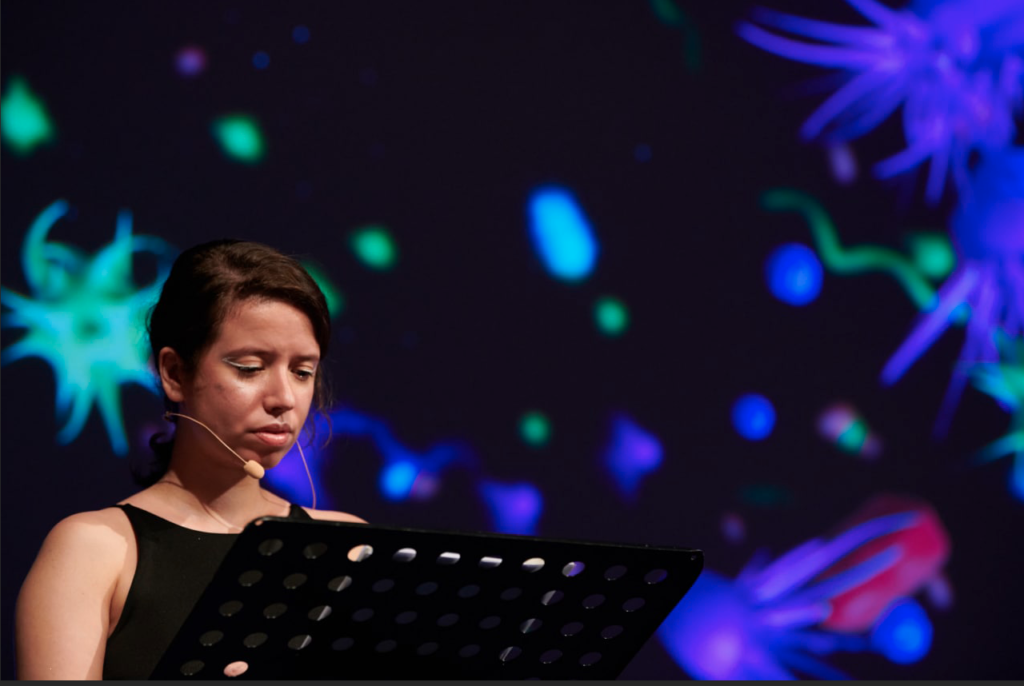 Listen to “Martian Waves”, a session of science, literature and live radio that served as the closing of “Missió ALIA” an educational project initiative of the CCCB that links scientific dissemination with literary and artistic creation.

“Martian Waves” took place within the framework of Kosmopolis and brought together six groups of high school students who worked on some of the most outstanding research programs of the Institut d’ Estudis Espacials de Catalunya (IEEC). Accompanied by the scientists leading them, astronomer Kike Herrero, science fiction writer Inés Macpherson and artist Serafín Álvarez, the students wrote several stories that were read and performed in the radio program.

The show constructs a dramaturgy conducted by the XRCB team based on the stories written by the students and the data provided by the scientists who participated in the “mission”.

The Martian musical soundscape was provided by Tutu (Gemma Planell) and the program was conducted by Ginebra Vall and Antònia Folguera (XRCB).

All this was possible thanks to the “behind the scenes” team Maria Farras and Júlia Ferrer (CCCB), Efraín Foglia and Pedro (XRCB) and all the technical team of the CCCB.

Watch the video of the day here.

You can find out more about which cookies we are using or switch them off in settings.

This website uses cookies so that we can provide you with the best user experience possible. Cookie information is stored in your browser and performs functions such as recognising you when you return to our website and helping our team to understand which sections of the website you find most interesting and useful.

Strictly Necessary Cookie should be enabled at all times so that we can save your preferences for cookie settings.

If you disable this cookie, we will not be able to save your preferences. This means that every time you visit this website you will need to enable or disable cookies again.